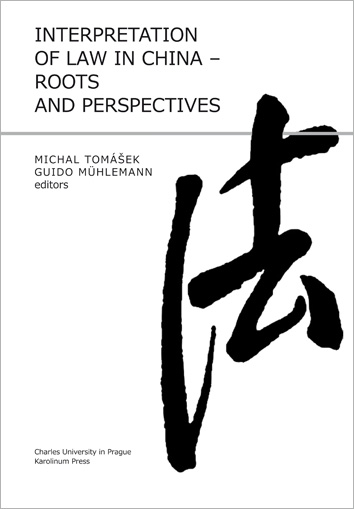 Interpretation of Law in China

In March 2009, the Faculty of Law of Charles University in Prague organized, together with the University of Zurich, a seminar on Chinese legal culture, its roots and perspectives. As a follow up of this event the participants and other scholars from Europe, China, South Korea and the United States brought up their
ideas which are collected in the present volume. The articles deal with the Chinese legal culture, its origines and principles, modern reform stages and the question of currrent “westernization” or globalisation and “translating” between the western and Asian legal (and cultural) systems.
“The task of building up modern East Asian jurisprudence is not simple. The reevaluation of East Asian civilisation and philosophy is most important for the further destiny of western legal transplants in Chinese and East Asian legal systems. Western colleagues advise that East Asian scholars should not give up the Western tradition too quickly. However, East Asian scholars are developing their own theories.“ (from the foreword by prof. Tomasek)
Published as a tribute to the Second Thematic Congress of the International Academy of Comparative Law to be held in Taipei, May 24 to 26, 2012