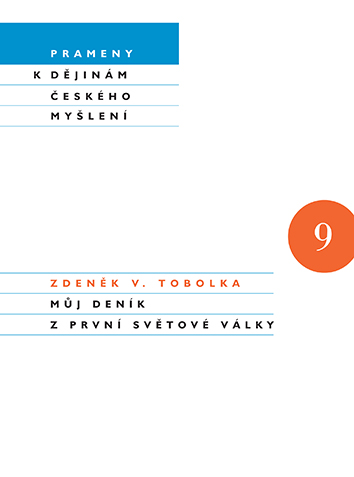 [My Diary from World War I]

The diary of Zdeněk Václav Tobolka, a pro-Austrian member of parliament for the Young Czech Party, and during the First Republic a Social Democrat, historian and a founder of modern Czech library science, documents the war development of elites in 1914-1918. The book attacks the topic from an unusual angle, disregarding the foreign resistance and focusing mainly on the development of Czech politics within Austrian politics. It covers, for instance, the staged trials with Karel Kramář and Alois Rašín and the rise of Czech political organisations, loyal to the empire, such as the National Party or The Czech Union (1916). The diary contains numerous quotes from public speeches of the period, correspondence and newspaper articles. The book also contains an introductory essay by Martin Kučera. It is published as part of the Sources of the History of Czech Thinking series.