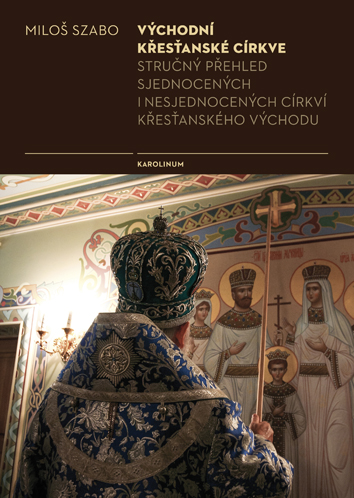 From Jerusalem, Christianity spread in several directions. Rome became one of the most influential centers; it served as the papal seat even after the emperor’s relocation to the newly established Constantinople, which at the time belonged to Greece. In addition to Rome, associated with Apostle Peter, there were also other large Christian communities, established by other apostles and located east of the Roman Empire, that were also called “churches”.
Consequently, in addition to the largest Latinate (Roman) church, there are dozens of eastern churches, justly boasting their own apostolic tradition. Their mutual communication and cooperation has been interrupted and reestablished several times, which gave rise to their current designations as “churches in communion with Rome” and “churches not in communion with Rome”.
This monograph-encyclopedia, first of its kind in the Czech Republic, offers a brief overview of the rise and development of all eastern churches (both those in communion and those not in communion with Rome), as well as their current statuses (2016). Many are growing in number of members and activities, while others are disappearing due to a decline in membership, but also as a result of wars and persecution. Some have remained more or less on the same territory they once settled in, while others operate in places that cannot be referred to as in the East. Nevertheless, their tradition, rites, culture, law and spirituality have remained Eastern.