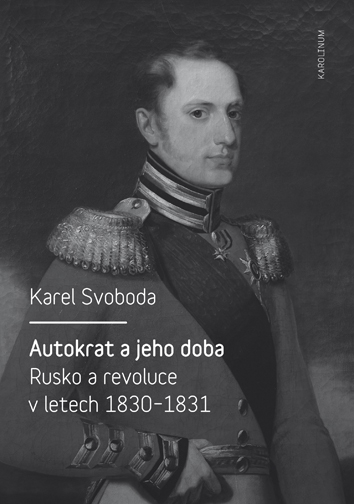 [An autocrat and his time]

This book focuses on the relatively short period of a succession of revolutions and other changes in Europe. All European countries, including Great Britain and France, were afraid of revolutions, irrespective of their form.
Instead of producing a list and detailed descriptions of all events brought by the years 1830–1831, the scholar focused on analyzing the conditions the Russian representatives had to take into account and on subsequent measures they adopted in the face of the European revolutionary movement. The events themselves serve as a background for the presentation of individuals and their perception of the situation. Tsar Nicholas’ policy followed a pragmatic line, although this was often contrary to the Tsar’s stances. The text thus demonstrates the influence long-term systemic issues have on decision-making in a specific critical situation as well as the importance of personality in a historical process, even in a country as centralized as Tsarist Russia was.