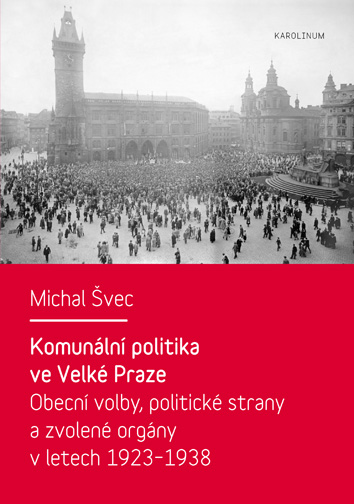 Michal Švec’'s monograph examines selected aspects of the workings of the municipal political system in Prague in the inter-war period. After defining the institutions of Greater Prague’'s organization and the election system for municipal elections, he presents the participants in politics. First, the scholar analyzes the municipal elections in Prague in 1923-1938 in general as well on the district level, then he focuses on election campaigns, the formation of election coalitions as well as election geography. The chapter on the election of the mayor and the collective municipal bodies also attests to the co-operation or rivalry between the parties represented at the Old-Town City Hall. The text is complemented by many synoptic tables and maps.