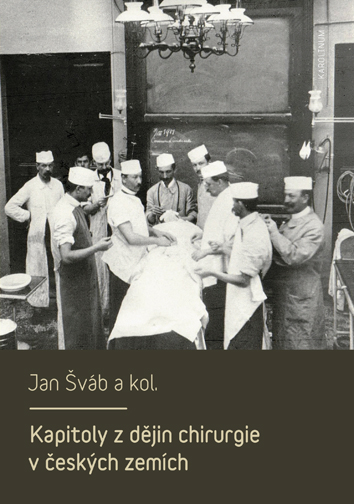 [Chapters in the history of surgery in the Czech Lands]

This book is a collective work of more than fifty scholars, mainly surgeons, who described the history of their departments. It was inspired by the traditional interest surgeons take in the history of their discipline. The founding work in this area was A History of Surgery in Bohemia of 1890, written by the first head of the Czech Surgical Clinic, Charles-Ferdinand University in Prague, Professor Vilém Weiss. During the First Republic, the history of surgery in Bohemia, and at the Faculty of Medicine in Prague in particular, was further elaborated on by other heads of this first clinic, Prof. Otakar Kukula, Prof. Arnold Jirásek and by other surgeons through partial treatises. Despite the rapid pace of development in the field, there has not been a complex book on the development of surgery for more than three generations. This book was written by contemporary surgeons based on memoire fragments and available other sources.
The book offers a brief outline of the development of surgery in Bohemia and Moravia since its beginnings, capturing its development and spread into the field at the outset of the "major surgery” in the late 19th century. Individual chapters relay the history of selected surgeries in the Czech Lands through the beginning of the 21st century.