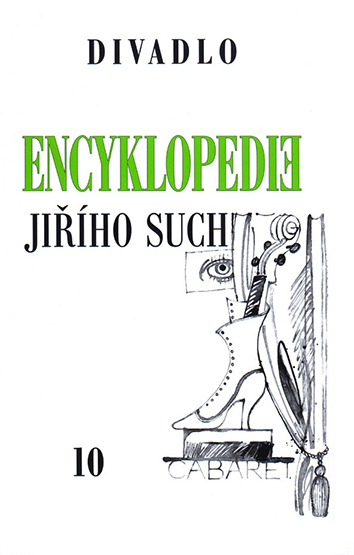 This volume contains Suchý's theatrical works from the final years of collaboration with Jiří Šlitr (before his early death in 1969). Namely the performances Zuzana Isn't Home for Anyone, Recital 64, Sect, Well Paid Walk, Benefit, The Devil from Vinohrady, The Last Stopover and Jonas and Dr Matress. A preserved fragment of the script from the recital Zuzana Is at Home Everywhere is reproduced in the documentary section.
The book and individual texts are accompanied by photographs which, together with a selection of reviews from performances, recreate the atmosphere of the time. Each libretto is accompanied by a list of the authors, stage directors and performers as well as other related information.