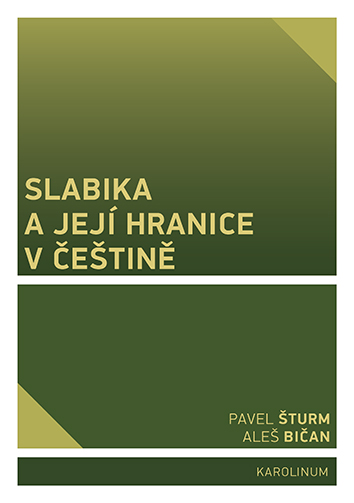 [A syllable and its boundary in Czech]

This book presents a complex analysis of syllables in Czech. The general part presents the most up-to-date and detailed overview of information about the syllable, its role and status in a language and, similarly, it also covers the area of syllabification. The scholars then offer their own views on the determination of syllable boundaries, which is applied to the Czech language, but thanks to its general nature can be used in other languages as well. Experiments and phonotactic analyses examine the syllable break from four basic aspects of the sound system of the language – articulation, acoustics, perception and phonology. Based on the knowledge gained, the scholars establish a phonetic and phonological model of syllabification, which includes both preferential and categorical rules for determining syllable breaks in Czech.