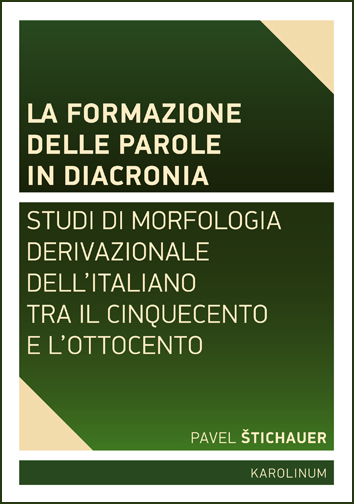 This publication aims to explore some of the major changes in derivative morphology which occurred in Italian literature between the 16th and 19th centuries. The book contains three in-depth studies on word formation resources which underwent interesting changes due to various diachronic influences, and which attempt to contribute to the common characteristics of post-Renaissance Italian. The text first offers an analysis of formations with the suffix -gione, whose gradual decline is known. Next follows an analysis of nouns derived using the suffix -zione, which is one of the most important methods for deriving verbal nouns. Finally, special attention is given to composition which is usually considered to be a "constantly expanding area," especially as concerns verb-noun compounds, which have always been of considerable interest to linguists. In addition to the qualitative aspects, which are usually quite well described in scholarly literature, emphasis is primarily placed on the quantitative characteristics, which are shown to be crucial for further development.