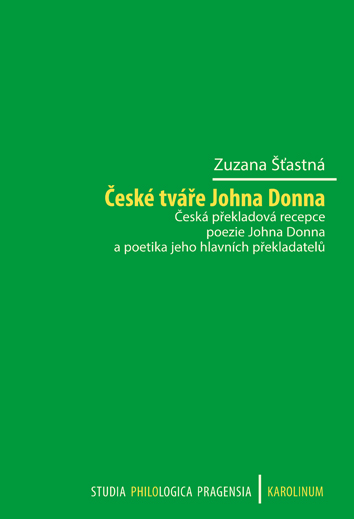 This book is the first in the Czech context to provide detail on the personality and writing style of John Donne. Second to Shakespeare, Donne was the most influential English lyrical poet at the turn of the 16th century whose work was remarkably influential as late as the 20th century, even outside of the context of English literature. It outlines the reasons for Donne’s attractiveness for modern poets and examines typical methods of his metaphysical thought and the capacity of his poetry to combine dramatic nature and sentiment with sophisticated intellectual play. Detailed comparative analyses of Czech translations of Donne’s secular and spiritual lyrical poetry examine the main issues arising when translating Donne’s style into Czech, characterize different approaches taken by six Czech translators to Donne’s texts and, mainly, provide evaluation of the translation conceptions of the two most prominent translators, Hana Žantovská and Zdeněk Hron.