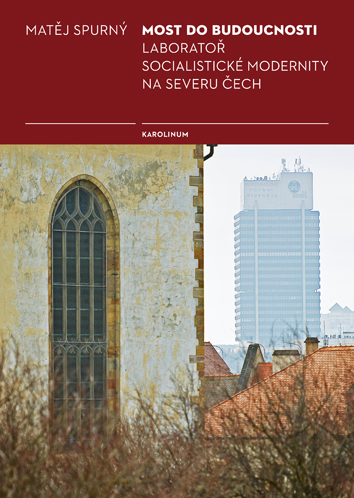 [Making the Most of Tomorrow]

In the 1960s and 70s one of the most historically valuable cities in northern Bohemia had to give way to surface coal mining. The new city of Most that was built to replace the historical city was awaited with significant expectations, however, in the end it became a symbol of decline and the ruthlessness of Czechoslovak state socialism.
The city’s name, Most, means bridge in Czech. The Bridge into the Future tell the story of life in the old city of Most during the decades following World War II, also covering the discussions and negotiations which preceded the decision to demolish it as well as those focusing on the character of the new city. The key aspects of the post-war history of Most are placed in the context of ideological and social transformations in Czechoslovakia and Europe in the second half of the 20th century. The original medieval city, giving way to a large surface mine, as well as the concrete architecture of the new city were not merely expressions of absurd communist decisions. The scholar demonstrates that they are more understandable when placed in the context of the expulsion of the German population from the Czech territory after the war, people’s alienation from nature in the border regions, related to productivist and technocratic tendencies common to many European countries in the post-war decades, and to the appealing and convincing visions of rationally planned cities.