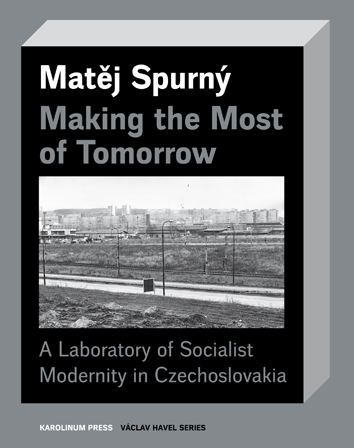 Most, one of the most impressive historical cities of Northern Bohemia, was destroyed in the sixties and seventies for coal mining. When plans to redevelop the city began, hope and expectations ran high; in the end, however, Most became a symbol for the heartless incompetence of Czechoslovak communism.
In this book, Matěj Spurný explores the historical city of Most from the nineteenth century into the years following World War II, investigating the decision to destroy it as well as the negotiations concerning the spirit of the proposed new city. Situating postwar Most in the context of cultural and social shifts in Czechoslovakia and Europe as a whole, Spurný traces the path a medieval city took to become a showcase of brutalist architecture and the regime’s technicist inhumanity.
But the book, like the city of Most itself, does not end in tragedy. Fusing architectural and political history with urban and environmental studies, Spurný’s tale shows the progress that can be made when Czechs confront the crimes of the past—including the expulsion of local Germans and the treatment of the Romani minority—and engage with rational, contemporary European concepts of urban renewal.

Spurný offers a thoughtful and stimulating interpretation of what happened in Most […]. His book adds to other recent efforts to present a more nuanced and dynamic view than hitherto available of the 1970s and 1980s in Czechoslovakia.