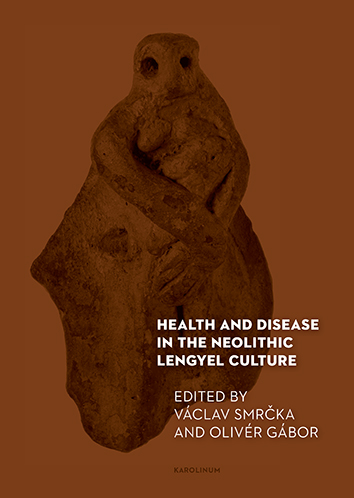 Health and Disease in the Neolithic Lengyel Culture

This book aims to explain hitherto unknown or insufficiently explained facts from everyday life of the members of the Lengyel culture, Neolithic peasants who came from the Balkans, through Moravia to spread in the regions of today’s Austria and Poland, where they replaced the original early agricultural populations of central Europe – linear pottery cultures and stroke-ornamented pottery cultures. From other early Neolithic cultures, they differed in the use of copper, volcanic glass and a higher share of hunting.
How was this population affected by its use of metal? Why did their need to hunt increase? What was its state of health prior to their migration from today’s Hungary to Moravia, where they experienced an unprecedented boom, and which diseases troubled the population of Lengyel settlements the most? How did their lifestyle differ from that of previous linear and stroked pottery cultures? These are some of the questions the international team of experts, led by Václav Smrčka and Olivér Gábor, are trying to answer.