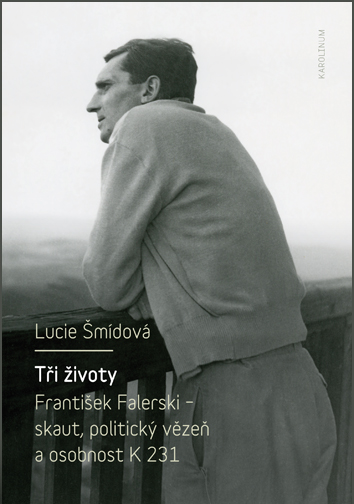 This book presents the life of political prisoner František Falerski (1927–1969).
In his childhood and youth, his personality was shaped by church schools and to a much greater extent by scouting. Being a very active member, he became a leader of Prague’s legendary Junák Group Four. In 1949 he was arrested and sentenced in the "Skálová and others” trial. He spent ten years in prison, gaining extraordinary respect among his fellow prisoners – he was the head of the secret Rover Tribe and illustrated the prisoner collection of poetry entitled Skein of Wire (1950). After his release from prison, he worked mostly in menial jobs, bearing his life in the margin of society as injustice. With the exception of his work in the main office of the K 231 (Club of Former Political Prisoners), it seems as if the return to society after his release from prison was simply too much for him. In addition to documents (including extensive diaries), the scholar also gathered information through interviews with contemporary witnesses.