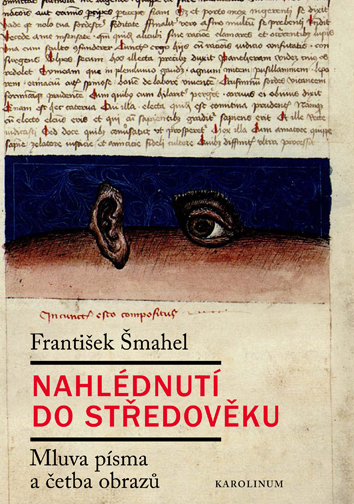 [A Look at the Middle Ages: The Language of Writing and Reading Images]

The contradictions in the title should do more than to merely attract potential readers. The realization that many things in the Middle Ages differed from what might be assumed at first sight is a common theme throughout most of the book. The mission of the medieval image was comprised of several layers, some of which went beyond an aesthetic experience. The Middle Ages were familiar with the "speech bubbles” in the form of ribbons with inscriptions, while other inscriptions could only be read by experts. What was their purpose? The spread of the letterpress entailed a gradual transition from the magical world of sound to the neutral world of visual perception. What was the effect of this process on the perception of art works?
Together with these and other questions, the the second section of the book also covers staged devotions in Český Krumlov and wild men in the Luxembourg era.
The third section includes short studies, small research gems, which serve to entertain historians.