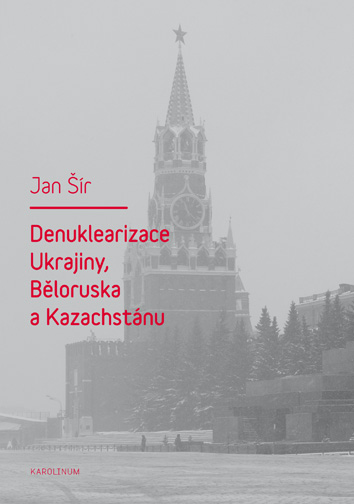 [Denuclearization of Ukraine, Belarus and Kazakhstan.]

Twenty years after the break-up of the Soviet Union, the Czech book market has been presented with a Czech monograph outlining an important, yet little researched chapter in the history of international relations. This work, written by an expert on political and security issues of the countries of the former Soviet Union, reconstructs the most significant moments of denuclearization in three post-Soviet republics. This brilliant, riveting and well-researched work reveals the background of the decision-making process in independent Ukraine, Belarus and Kazakhstan concerning the nuclear weapons which they inherited. It explores the motives and factors behind the decisions made by these three newly independent countries to denounce the huge nuclear arsenal and to embark on the path of complete denuclearization.