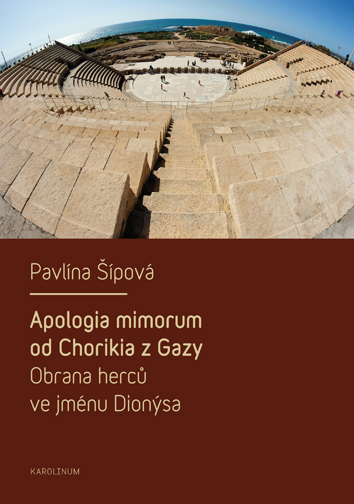 [Apologia mimorum by Chorikios of Gaza. Defence of Actors in the name of Dionysus]

This book builds on the current interest in researching the culture of eastern Mediterranean in the post-classical and Byzantine eras, also filling in the gap in the research on late classical theatre. The text written by the Greek orator Chorikios of Gaza (6th century AD), known by its Latin name Apologia mimorum, has long escaped the attention of scholars. Pavlína Šípová translated Chorikios’s apology, added scholarly comments and set it in the historical context of the end of the Eastern Roman Empire, in which theatre, which was represented primarily by the "mimos” (mime), the oldest and enduring ancient theatre genre, still preserved some of the status that it had long lost in the Western Roman Empire. The gradual transfer of the mime from theatres to other presentation formats typical of the time (it was played for instance as an interlude between horse races) attests to the change in the perception of theatre and its decline within the culture of the period. In addition to Chorikios’s testimony, this work also elaborates on the general development of the mime, its status among other theatre genres and the status of actors in the Byzantine society.