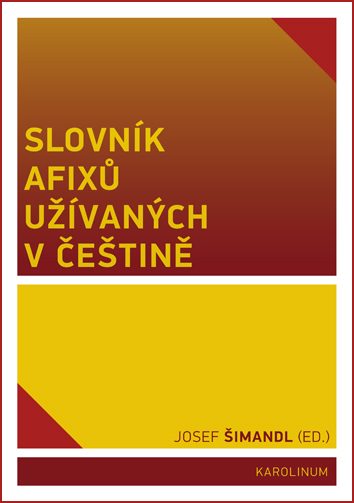 [Dictionary of affixes used in Czech]

The Dictionary of Affixes includes prefixes and suffixes, however, it also presents numerous parts of composite words that are sometimes considered as being close to affixes. It is essentially a compendium describing all-important derivation elements utilized in contemporary Czech texts, including borrowings. A non-traditional approach to word formation based on affixes renders a different picture than that resulting from the common approach from the perspective of the derived words. It often reveals items that tend to be overlooked for various reasons. The fact that the data used comes from a language corpus ensures that the material is sufficiently representative, rendering a reliable basis for scientific conclusions. The dictionary allows for the study of the system of affixes based on their frequency or productivity. It can be used as a basis for addressing the questions of the affix synonymy, their relation to the nature of the root and many other elements.