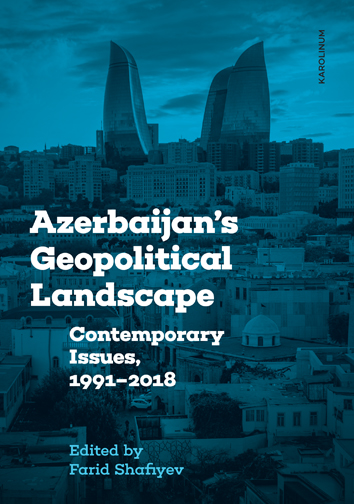 Being located between the Black and Caspian seas, Azerbaijan has always been the juncture of Eurasia—with a traditional reputation as a crossroads between the north-south and east-west transport corridors—and the traditional ground for competition between numerous regional and global players, using both soft and hard power. With its vast hydrocarbon energy reserves, Azerbaijan is a country of particular importance in the South Caucasus.

The region’s complex geopolitics have immensely influenced Azerbaijan’s foreign policy strategy. With the dissolution of the USSR, Azerbaijan, as a new state with fragile security, found itself in a complicated situation surrounded by regional powers like Iran, Russia, and Turkey.

The book is built around several major foreign policy issues faced by the Republic of Azerbaijan since it regained its independence in 1991. These major issues include the conflict with Armenia and related matters, the relationship with the West, as well as the complexities arising from its relationship with Russia and its ties to Muslim countries, such as Iran and Saudi Arabia.