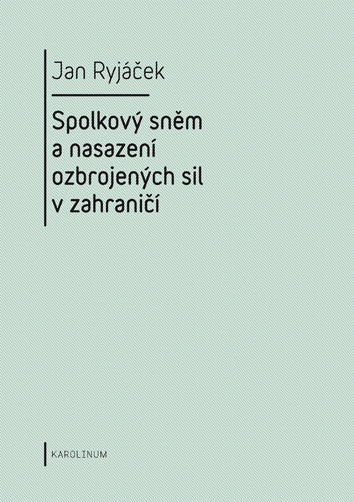 [The Bundestag and the Deployment of Armed Forces Abroad]

The monograph entitled "The Bundestag and the Deployment of Armed Forces Abroad" analyzes the role of the German Parliament's lower chamber in the decision-making process concerning foreign military missions in the context of the development of the German security policy and its constitutional framework. The research hypothesis is based on the thesis that in regions with intensive co-operation between countries, the role of national parliaments is weakened (in the EU context it is known as the "democratic deficit"). With the development of new instruments of security policy of the NATO and the EU, oriented towards greater and faster readiness for action, it is therefore possible to expect that the role of the German parliament in its role of the last instance decision-making about dispatching German soldiers abroad has been weakened. The book thus thoroughly examines the foundations, development and the current state of instruments the Bundestag has at its disposal to control the German military security policy and shares in its development, including the decision-making about the deployment of the army in foreign missions. This work presents the entire decision-making process, including consultations of the government and the parliament which take place prior to presenting a government proposal to the parliament. Based on this analysis, the scholar rejects the research hypothesis, demonstrating that the role of the Bundestag has instead strengthened in the recent years. A detailed analysis of the relationship between the government and parliament in this area shows that this result had not always been achieved in a harmonious agreement, but after complicated negotiations and disputes which often end up in the Federal Constitutional Court. The book thus describes this segment of politics on the intersection of individual political players, constitutional disputes as well as the development of the legislation framework entwined with the development of the parliamentary decision-making practice.