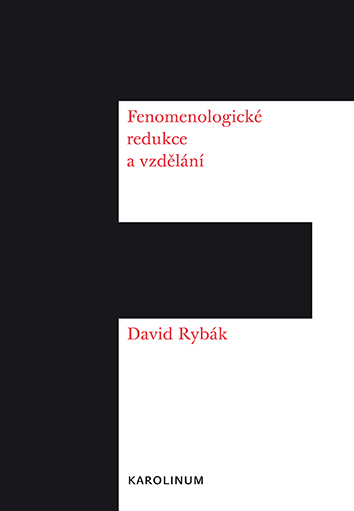 This monograph focuses on exploring the possibilities that Husserl’s phenomenology offers for case histories in education in the situation when it is being imbedded into managerial and planning structures. If we are not aware of the difference between education in its essence and education as a process, we may have "effective educational and schooling processes,” but no education and no school. But it is precisely the discovery of the essence of education as a way of leading man to the awareness of the essence upon which Europe was founded as fertile soil for meaning and the birth of meaning.
We live in a situation which may be characterized as the mathematization and the collapse of meaning, in which all current and previous pulses of our existence are inserted into pre-established idealized structures. What kind of transformation of our relationship to the world and to ourselves in the world is behind this collapse? Does this collapse of meaning pose a threat leading to the collapse of all sciences and the university itself, transformed into a mere managerial operation as we involuntarily witness these days? And can we, in the situation of this collapse, revive the desire for essential knowledge as defined by Plato and Aristotle when realizing that traditionally desire as a Platonic eros was defined as a transcendence of meaning, that is, as the consolidation of meaning? In their effort to prolong the project of knowledge as a tool man uses to subject nature, the sciences also transform man into an idealized object of research and examination and control. However, as Husserl constantly emphasizes, man is not a mere object in the world, but also a subject in the world. Husserl’s phenomenology in its examination of constituting the meaning was inspired by the above problems. And as concerns essential problems of our being and not being, for our "here and now” it represents an important attempt to meaningfully ask a question about the essential foundations of our humanity.