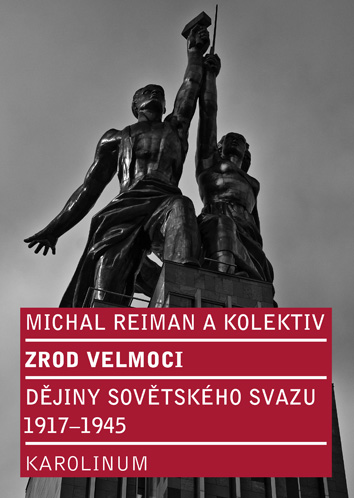 [The Birth of a Superpower]

A group of historians from the Institute of International Studies at the Faculty of Social Sciences, Charles University in Prague, examines the political history of the USSR in the context of economic and social changes. It provides a different perspective of the causes and nature of the Russian revolution and social stratification which resulted from it than that of the traditional historiography, focusing on the discrepancy between the development of industry and agriculture, and the influence of the international isolation of the USSR. It afford a new evaluation of the role of Lenin, Trotsky, Rykov and Stalin, elaborating the motives and nature of Stalin’s terror, following the causes of the USSR’s failures during World War I as well as the complexity of its relations with its allies. These scholars believe that the war victory established the USSR as a superpower; however the uncompleted industrial and civilization revolution, along with the enormous war losses, transformed it into a militarized system, incapable to overcome its deficiencies.

The opinion of the reviewer the respective book present a remarkable scholarly achievement of a team of authors under the direction of M. Reiman. The given book is recommended by the reviewer without restrictions to the publication in Czech. More than that, from his point of view it is desirable to translate the book into other languages too in order to bring it to a still broader public.