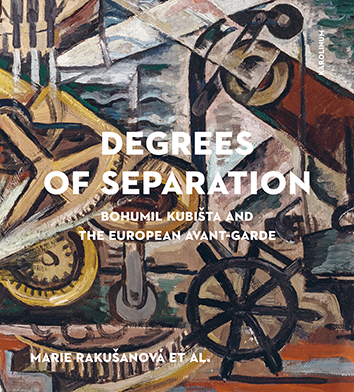 Bohumil Kubišta and the European Avant-Garde

In Beyond the Avant Garde, scholars from Czechia, Canada, Germany, and Hungary take a new approach to exploring the work of one of Central Europe’s most interesting modernist painters -- Bohumil Kubišta. While many art historians have consigned Kubišta’s work into an idealized Czech canon, Kubišta did not identify with a nation state clearly defined by ethnicity, language, and territorial reach. Although born and raised in the Czech lands of the Austro-Hungarian Empire, he traveled widely, maintained important international contacts, and served as a successful artillery officer in Austro-Hungarian army during World War I. Taking a transnational approach that incorporates thorough topographical research, the authors of Beyond the Avant-Garde: Bohumil Kubišta and European Modern Art attempt to redraw the current map of European modernism by exploring the artist’s subversive approach to the stylistic currents of his time.

The book reveals the complex artistic, cultural, and historical relationships within early twentieth-century Europe, as Kubišta and other Central Europan artists tried to balance their admiration for the dominant artistic trends coming out of Paris with their desire to find alternative forms expression, arising from local artistic and intellectual sources. It traces Kubišta's steps through the boulevards and cafes of Paris and other cities, such as Florence and Pula, while also using cartographic techniques to record the progress of his artwork between various artistic points on Europe’s artistic map.

In addition to the twenty scholarly chapters, the book features a wealth of documentation, including: high quality images of the artist’s work; an exhaustive 160-page timeline with notes from and about the artist, as well as documentary support; a comprehensive inventory of 363 Kubišta works; an exhibition list from 1907 to 2019.