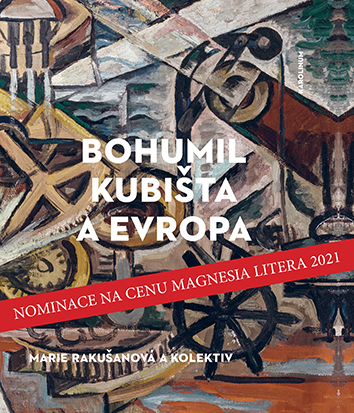 This book offers a new evaluation of the work of Bohumil Kubišta which exceeds the traditional format of an art-history monograph. It analyzes the work of this outstanding Czech modern artist by examining complex artistic, cultural and historical relations in Europe at the beginning of the 20th century. Like other artists, also Kubišta initially balanced between admiration for the modernist universalism of the artistic movements of the Parisisan center and an effort to find an alternative modern expression based on the local artistic and intellectual tradition. Kubišta’s tenacious effort to initiate a strong, timeless and distinctive culture, however, faced incomprehension from the domestic public which climaxed in mutual conflicts between the ferociously assertive factions of the modernist movement in Prague only to finally shatter in the chaos of the First World War. Following Kubišta’s trajectory step by step, the monograph takes us to the boulevards and cafés of Paris as well as to cities of Florence and Pula, where he fought in the First Word War as a captain. In order to track the movement of his works between central-European centers as well as regional cultural centers with the highest possible degree of accuracy, the scholar even employs cartographic methods. Kubišta’s network includes prominent European artists and artistic groups as well as famous art works, which autonomously appear in still new contexts ignoring the anthropocentric perspective of the traditional art history.