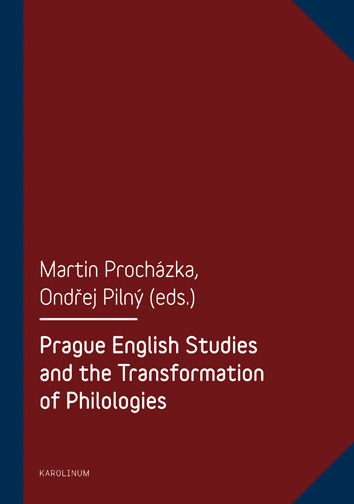 Prague English Studies and the Transformation of Philologies

The collaborative monograph will commemorate the centenary of the Prague English Studies, officially inaugurated in 1912 by the appointment of Vilém Mathesius, the founder of Prague Linguistic Circle and the first Professor of English Language and Literature at Charles University. Apart from reassessing the work of major representatives (Mathesius, Vančura and others) and reviewing important developments in literature-oriented Prague English Studies with respect to the Prague Structuralism, it will focus on the methodological problems of the discipline related to the transformation of humanistic as well as modern philologies, searching for the links between two historically distinct interdisciplinary projects: humanist philology and structuralist semiology. Following Paul de Man, this link can be identified as the problem of rhetoric – its liminal position between grammar and logic, structure and meaning, and its concern with performativity and value of language. Reassessment of this problem appears crucial for understanding the dynamics of present transformation of philologies and structuralist methodologies which will be discussed in the concluding section. The other crucial methodological problem is that of the methodology of literary history. Although the representatives of the Prague English studies managed to overcome the rigidity of synchronic approaches their treatment of dynamic structures is still considerably indebted to traditional notions of function and value.
The book is divided into two sections: the first attempts to reassess the significance of the legacy of Mathesius (in literary theory, history and theory of translation) and his followers (especially Zdeněk Vančura and Jaroslav Hornát), the second explores diverse contexts and implications of the Prague Structuralism, from political aspects of Russian formalist theories, via the aesthetics of the grotesque to structuralist psychoanalysis and recent textual genetics.

Martin Procházka
The Value of Language: Rhetoric, Semiology, Philology and the Functional Approach

Bohuslav Mánek
Vilém Mathesius as Translator and Theoretician of Translation

2. CONTEXTS AND OUTCOMES: FROM PRAGUE STRUCTURALISM TO RADICAL PHILOLOGY

David Vichnar
Functional Linguistics as the "Science of Poetic Forms": An ABC of the Prague Linguistic Circle's Poetics

Louis Armand
Attesting / Before the Fact