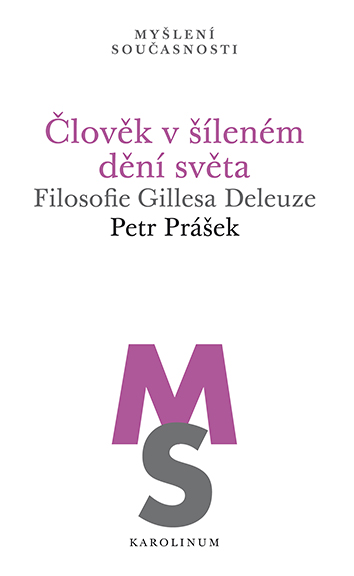 [Man in the insane events of the world ]

Everyone who wants to systematically explore Gilles Deleuze’s work must come to terms with the fact that the continuity of his thinking is disrupted by many turns, the largest of which is his close cooperation with Félix Guattari and the indistinguishability of both scholars in the texts that they wrote together. This task is nevertheless not impossible, as Deleuze himself provides hints for tackling this task of writing about a scholar who is always evasive and is never writing by himself. In his introduction to Deleuze’s philosophy, Petr Prášek follows the logic of thinking which permeates Deleuze’s work, helping us succeed in encounters with his texts. Prášek presents Deleuze as a new anthropologist for whom man is merely part of the insane events of the world – Deleuze’s man becomes unhuman, while the world forms his face in which insanity represents the limits of humanity. Together with Deleuze, he invites us to set on our own path of creation and be deserving of that which we are given.