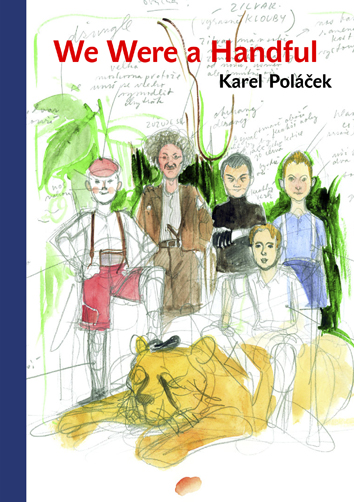 We Were a Handful

A famous Czech humoristic novel depicting adventures of five boys from a small Czech town in the form of a child's diary written by Petr Bajza, a grocer's son. In the middle of the Second World War, the most difficult period in his life - before his transport to the Auschwitz concentration camp in 1944 - Czech writer Karel Poláček (1892-1944) recalls his happy childhood through the eyes of the child narrator. The reader discovers the world seen through the eyes of children, experiences his daily adventures and clashes with the incomprehensible world of the grown-ups as well as fights with children's gangs from the neighbourhood and can appreciate the charming language of boys, frequently the main source of humor. After more than 60 years, also English-speakers are offered a chance to read this Poláček's novel. The text is complemented by colour illustrations by Jiří Grus.