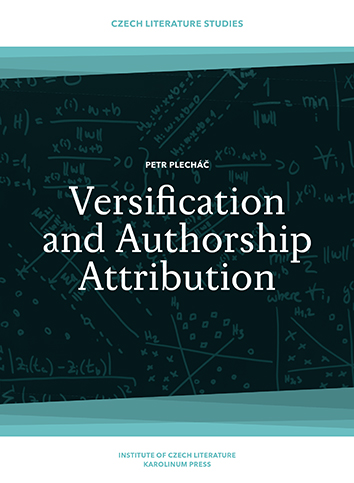 The technique known as contemporary stylometry uses different methods, including machine learning, to discover a poem’s author based on features like the frequencies of words and character n-grams. However, there is one potential textual fingerprint stylometry tends to ignore: versification, or the very making of language into verse. Using poetic texts in three different languages (Czech, German, and Spanish), Petr Plecháč asks whether versification features like rhythm patterns and types of rhyme can help determine authorship. He then tests its findings on two unsolved literary mysteries. In the first, Plecháč distinguishes the parts of the Elizabethan verse play The Two Noble Kinsmen written by William Shakespeare from those written by his coauthor, John Fletcher. In the second, he seeks to solve a case of suspected forgery: how authentic was a group of poems first published as the work of the nineteenth-century Russian author Gavriil Stepanovich Batenkov? This book of poetic investigation should appeal to literary sleuths the world over.