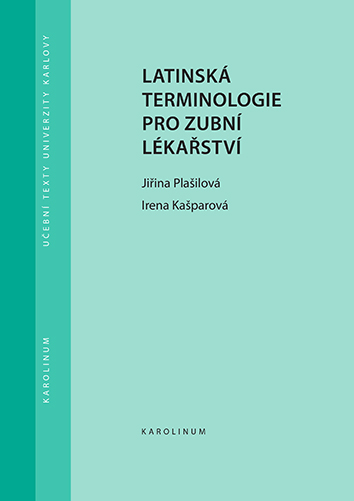 This book is a basic textbook of Latin terminology in dental medicine at the Medical Faculty, Charles University in Plzeň. It presents the basics of grammatical and lexical phenomena needed in theoretical, pre-clinical and clinical disciplines. It is divided into two parts, the first of which covers the terminology of anatomy, while grammar is limited to nominative and genitive singular and plural, and word formation covers Latin and Greek prefixes and Latin suffixes used in anatomical terminology. The second half covers clinical terminology and formulas, with the vocabulary focusing specifically on stomatology. The grammatical section presents the use of accusative and ablative cases of nouns and adjectives, and the use of the most important verbal forms and numerals. Word formation includes Greek suffixes and Greek roots in clinical terminology. The textbook also contains Latin-Czech and Czech-Latin glossaries.