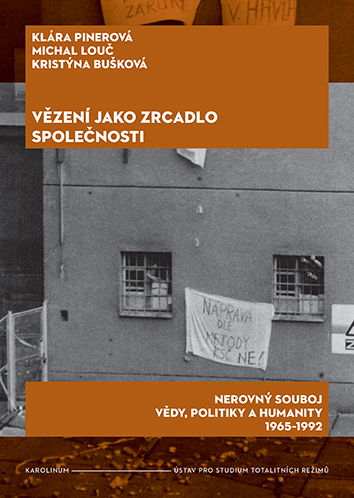 [Prison as a mirror of society]

The Czechoslovak penitentiary system underwent significant changes during the second half of the 20th century. Repression and dehumanization prevailed during the years after World War II. In the 1960s, the development of the penitentiary system reflected the transformation of society. The repressive approach began to be considered inefficient and focus switched to the resocialization of convicts on the basis of professional research. During the “normalization era” of the 1970s and 1980s, the penitentiary facilities were permeated by discipline and demands to meet excessive working norms. After 1989, a substantial transformation of the system was necessary. How did the penitentiary system develop from the 1960s and which ideas were employed in the “reeducation” of convicts? With what conditions did political prisoners have to cope? How did the staff approach convicts and how did they defend the use of discipline and hard work? These are some of the questions this book is trying to answer. It demonstrates how the penitentiary system reflected the character of the entire society and what it says about it.