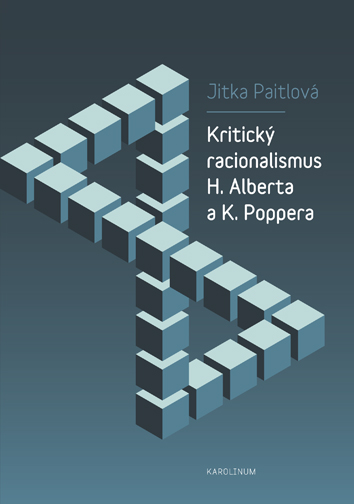 Can we achieve true and certain knowledge once and for all? How can we avoid the Baron Munchausen trilemma? Is modern science a niche of objectivity devoid of human values and errors? Where in the contemporary transient world can we find moral anchoring and a reason for living?
These and many other similar questions are in the focus of a philosophical movement known as critical rationalism, which defines itself as an alternative to traditional epistemology, neo-positivism and post-modernism. This distinctive methodological approach finds inspiration in a scientific view of life, allows for a confrontation with modern technologies and traditional theology, and should be the basis of a well-rounded attitude towards life. It is based on non-dogmatic conception of rationality which takes into account self-reflection and the phenomenon of error.
Jitka Paitlová presents critical and rationalist solutions to the key philosophical problems in the areas of knowledge, science, ethics and religion. They are based on the interpretation of Hans Albert’s texts, which were written as a polemic to the 20th-century German philosophical tradition. It offers new observations on Karl Popper as a founder of critical rationalism and complements distinctive Czech conceptions by Otakar A. Funda, who completed Albert’s and Popper’s views by adding seemingly contradictory, existential aspects.