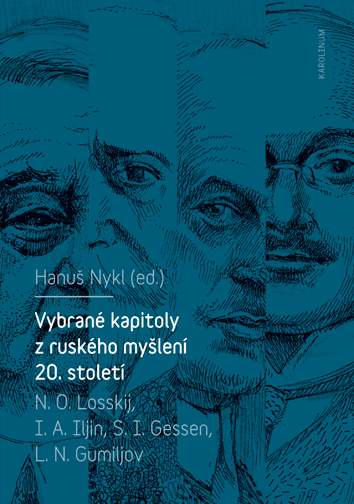 This monograph, compiled by several scholars, is devoted to selected streams in Russian thought in the 20th century. First, it describes general features in the development of Russian philosophy during the previous century, analyzing basic streams following up Russian philosophy tradition as well as western philosophical paradigms, also including its fates in emigration and during the Soviet period. The following chapter analyzes Nikolay Lossky’s philosophical system, focusing specifically on gnoseology, metaphysics and ethics and comparing the results of Lossky’s philosophy with the current philosophical situation. The ensuing section presents Ivan Ilyin’s political philosophy with its conception that is critical of modern totalitarianism as well as "formal democracy.” The following chapter addresses Sergei Gessen’s philosophy of pedagogy; Gessen’s work was highly esteemed in interwar Czechoslovakia. The final section focuses on the conception of history in Lev Gumilyov’s work, based in the theory of ethnogenesis which attempts to explain the origin, development and demise of ethnic groups.