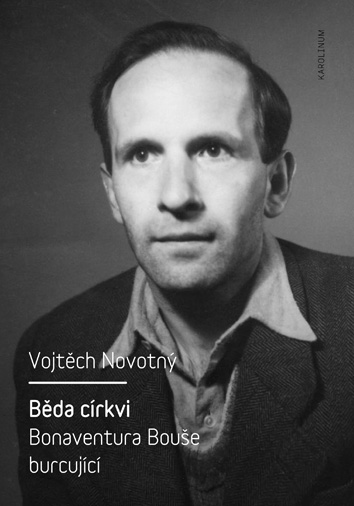 ["Woe to the Church." The Rousing Bonaventura Bouše]

This monograph is the first comprehensive introduction of Zdeněk Bonaventura Bouše OFM (1918-2002), one of the most remarkable Czech theologians of the second half of the 20th century. It presents a detailed biography of Bouše through which the history of the local church is examined. Extensive attention is paid to the diachronic presentation of Bouše's theological, Christological and ecclesiological reflections. Its development is split into two stages, the first of which approaches manualistic theology with certain elements of mysticism, while the second, which begins to develop in the second half of the 1960s, was characterized by a strong tendency towards progressive theological trends. The author was influenced by his critical historical readings of the Scriptures, the demythologization and despritiualization of Christianity and the rediscovery of its eschatological nature, as proclaimed by theologians in the 1st half of the 20th century. He constructed his theology in such a way as to support the goal of the church at that time, the idea of the need for continual cleansing and the reform of the church community. The third part of the monograph presents documentation on Bouše's life and reflections, which is followed by an overview of his written works and a bibliography of literary sources.
The author, Vojtěch Novotný (1971), works as a lecturer of dogmatic theology at the Catholic Theological Faculty of Charles University in Prague.