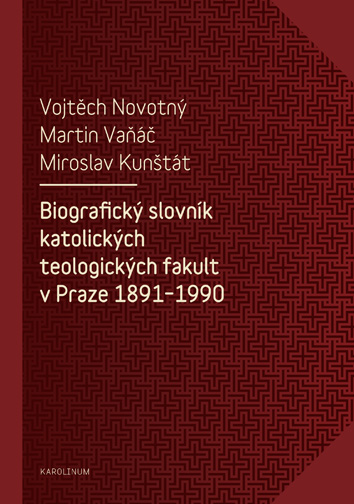 This dictionary follows the historical and prosopographical development that the Theological Faculty of Prague University underwent during the period 1891-1990. It is composed of three independent parts: Martin Vaňáč: Theological Faculty of the Czech University in Prague (1891-1950), Vojtěch Novotný: St. Cyril and Methodius Theological Faculty in Prague (1950-1990), Miroslav Kunštát: Theological Faculty of the German University in Prague (1882/91-1945). The author's aim was to revive memories of a number of often unjustly forgotten figures in Czech and Sudeten German Catholicism and in this format to recall the former unique biunity of the Catholic Church in the Czech Lands, which more and more went their different ways in spite of supranationally founded, pre-modern institutions and structures. The Sudeten German Catholicism moved from the sterile Austrian Catholic "captivity" to the womb of the German Church, dynamic in both religion and theology (an extreme exogenous surge from 1938-1945 greatly accelerated this process), while Czech Catholicism moved into the specific diasporic situation of an extremely secular post-war society.