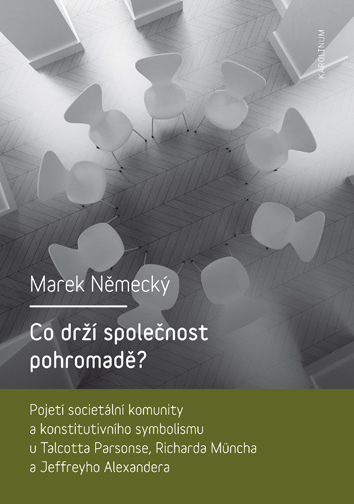 [What Keeps a Society Together?]

Issues concerning social integration and social order in general are not among the accentuated topics in contemporary social science discourse. Instead emphasis is placed on specific social segments and their problems are addressed in a fragmentary manner. This book by Marek Německý strives to escape these boundaries and asks about the nature of the society as such and about what keeps it together. To find an answer, he uses Talcott Parsons’s theory, specifically his notion of "societal community.” The concept is explained in the book and placed in the context of general theories of social order and social behaviour. This concept is further developed through theoretical tools offered by scholars such as Jeffrey Alexander, Richard Münch, ale také David Lockwood, Stein Rokkan and John Rawls. This results in an attempt to enrich the notion of societal community by legal aspects, by a description of the role of conflict and by the integrative role of political culture in a liberal democratic society.