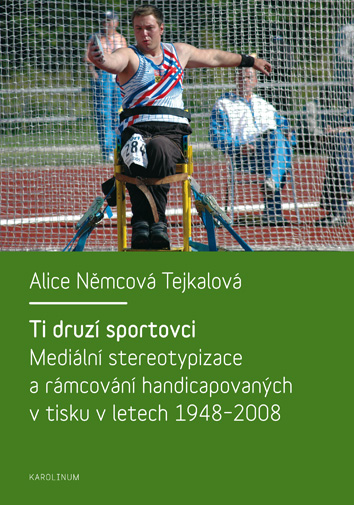 [The Other Sportsmen: Media Stereotyping and Framing in the Press in 1948-2008]

The book presents a comparative qualitative critical analysis of discourse focusing on the media stereotyping and framing of selected events, which were important in the context of the period, of sports for the handicapped in 1948-2008. In each period, these events are followed in four Czechoslovak or Czech newspapers. Texts specializing on minority themes usually focus on the media images of inequality based on gender, ethnicity or sexual orientation. The research presented in this publication is an attempt to expand the range of analyzed themes. It was based on the theory of discourse, media representation of social groups and framing.