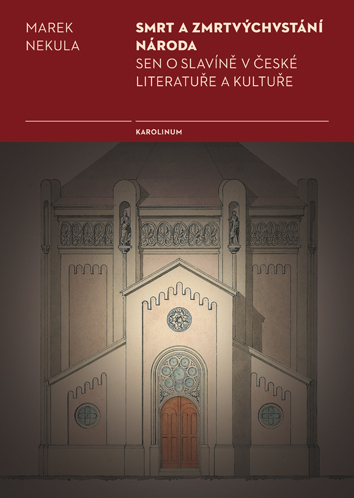 [The death and a resurrection of a nation]

This monograph focuses on the phenomenon of Slavín, and presents it as a formative point in the national discourse, in which the present turned to the past and in which the nation, and the related form of the social reality, was constructed, negotiated, formulated and legitimized on a symbolic level during the 19th century. The Slavín Cemetery on Vyšehrad Hill is by no means the first and only national sanctuary as Czech national pantheons have their European counterparts and models. In the Czech context as well, the site, form, structure, scope and values of a national pantheon are changing and individual pantheons even compete among themselves. The dreams about Slavín and its specific nature demonstrate the variability and transformations of the notion of the national community. The monograph also addresses the narrative of the death and resurrection of the nation against the backdrop of Czech pantheons. This narrative was formulated by literary historiography, acquired its specific form and was codified through the "canonization” of the national giants during the "national funerals.” The funerals and national monuments related to this narrative helped it take its place in the spirit of the city. The book therefore also focuses on functional and compositional links between architectural, performative and literary forms of Slavín, or better yet, links between the illustrated collections of biographies and overviews compiled by literary historians, whose canon affected and shaped the broader public through readers and textbooks.