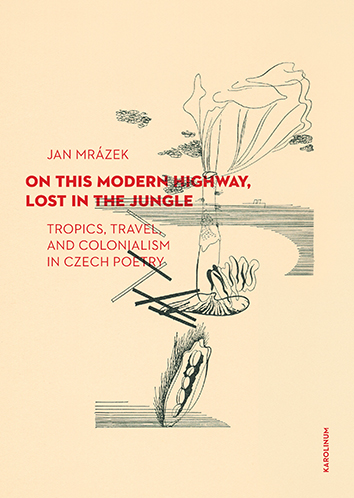 On This Modern Highway, Lost in the Jungle

In 1926, the communist avant-garde poet Konstantin Biebl (1898–1951) travelled from Czechoslovakia to the Dutch East Indies. In his texts, poetic and often comic, both landlocked Bohemia and the colonized tropical islands are seen disorientingly anew, like “mirrors looking at themselves in each other.” On This Modern Highway, Lost in the Jungle takes the reader on a journey crisscrossing the poet’s life and work, with particular attention to his travel writing and his dreams and memories of travel, as they mirror the book author’s own life experience as a Czech scholar of Indonesia living in island Southeast Asia. Biebl’s poetry and travels are also the book’s point of departure for a broader exploration of the intersections of travel and poetry, the attitudes to colonial/social injustice, and the representation of otherness in Czech literary and visual imagination, beyond Biebl’s times. In its attention to how poetic travel reflects the Czech historical experience in the shadow of imperial nations, the book moves scholarly reflection on literary travel, modernity, and colonialism to a new ground.

Jan Mrázek grew up in Czechoslovakia and lives on an island in the Malay Archipelago. He is Associate Professor in Southeast Asian Studies at the National University of Singapore and has published widely on Indonesia, seafaring, and Czech travel writing.