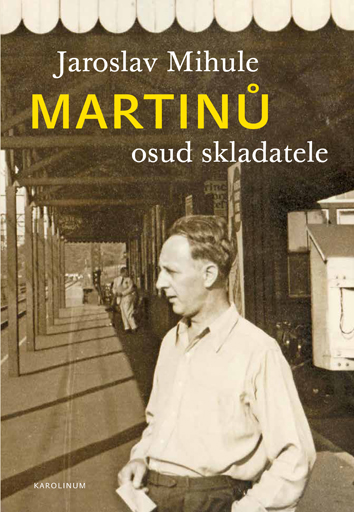 The biography follows the life story of one of the most significant creative forces in Czech classical music in the 20th century, Bohuslav Martinů, from his beginnings as a composer (1910–1923) via his work in France and emigration to the United States during the war (1923–1941) through to his final return to Europe, although not to his homeland, 1950’s Czechoslovakia (1941–1959). The composer’s turbulent personal and creative journey represents a background to the story of the development of his stunning, stylistically polymorphous music work with its historical connotations and private context of turbulent developments of modern art in the first half of the 20th century.
Compared to the first edition, the second edition is significantly revised, featuring a different structure, contains many new details from chronicles, register offices, official documents, private correspondence, manuscripts, and newspaper and magazine articles from that period. After eliminating most of the musicological analyses contained in the first edition, this new edition becomes much more available for a wide range of interested readers.