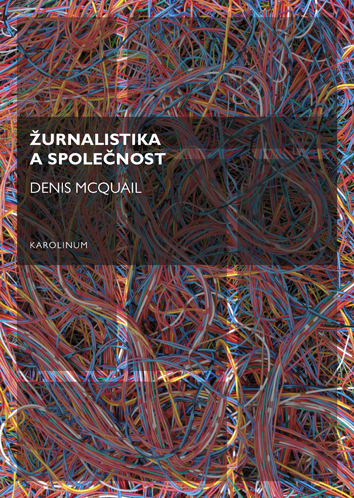 Journalism is facing one of the greatest challenges in its history. New forms of communications are changing the method of information dissemination, which is gradually more often facilitated by people outside large media houses. Professional journalists are losing their role as the dominant mediator of events around us and the number of people who believe that journalists are no longer needed is growing.
In his reflections on journalism, Denis McQuail goes back to the past, pointing out the social and political context of the discipline’s development and its role in the functioning of democracy. He believes that the transformation of journalism is related to a deeper social transformation whose consequences cannot be fully predicted.
Journalism and Society presents a synthesis of fundamental views of the nature and role of journalism and offers theoretical bases for its research and reflection. Its easily accessible style will undoubtedly be appreciated not only by experts, scholars and communications students (as well as students of political and social sciences), but also anyone interested in the development of contemporary media.

Denis McQuail (1935) is one of the most influential media theoreticians. His texts have been translated into many languages and published around the world. His best-known books include Television in Politics, Mass Communication Theory, Audience Analysis and recently, Journalism and Society (the English original published in 2013). Denis McQuail has lectured at several prominent universities, particularly at the University of Amsterdam (1977–1997), and compiled analyses and recommendations for regulatory bodies in different European countries (such as the Royal Committee on the Press and the Euromedia Research Group).