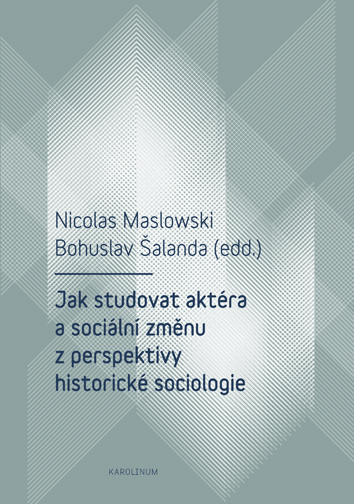 This book focuses on social changes and different research approaches to them. It is a contribution to the development of a historical perspective, understood as a multidisciplinary method of capturing long-term processes and changes. They are presented in a number of key papers, which capture political events and their influence on the population (the nobility status, currency reform, breakup of Czechoslovakia), as well as cultural life in the Czech Lands (National Theater during World War II). The act of partaking represents a quality of a social subject which has the role of an initiator in an explanatory model. The scholars also present the theoretical framework required for their research. Each paper defends a different approach that can be used to analyze the relationship between partakers and a social change, which expands and enriches the range of methods used by and issues examined by historical sociology.