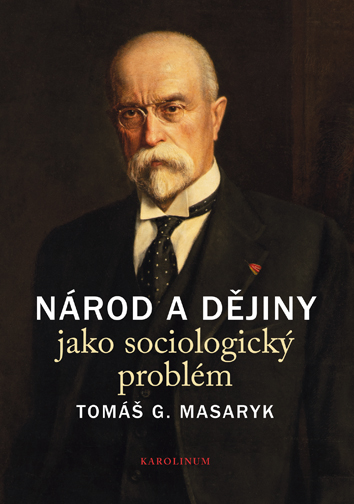 [Nation and history as a sociological problem]

The Czech public, both lay and expert, has primarily understood Tomáš G. Masaryk’s thought and activities in their philosophical and political dimensions. Less attention has been paid to the religious component of Masaryk’s thought, while his original "philosophical sociology” is at most viewed as a limited moment of the discipline’s development on the path to its contemporary scientific nature.

The presented selection of Masaryk’s sociological and sociologizing texts relating to the issue of the nation, society, religion and work, inspired by an attempt to update Masaryk's ideas for the present day, was compiled under the title Constructive Sociological Theory by Canadian sociologists A. Woolfolk and J. B. Imber in 1994. The selected texts aim to emphasize the fact that Masaryk’s perception and solution of sociological problems were for his life, thinking and actions more important than it may seem and that his way of thinking has maintained its importance to the present day thanks to its critical and "therapeutical” spirit.

The preface was written by Miloš Havelka (Faculty of Humanities, Charles University)