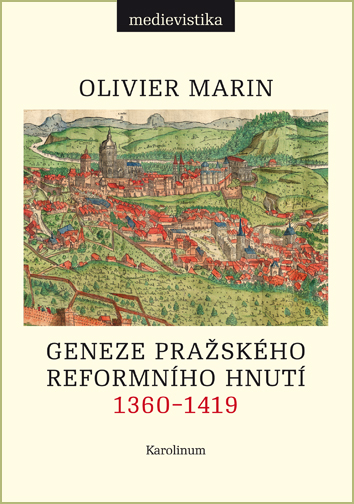 The turn of the 14th and 15th centuries in Prague bred heresy, whose power upheaved the entire country. Demonstrating their loyalty to their spokesman, Master John Hus, the Czech Lands severed their ties to the council and emperor who had handed him over to secular powers to be burned at the stake. Olivier Marin’s book traces the roots of this conflict. The late 14th century was a time of many reform movements, not only the one to be later known as Hussitism. Undoubtedly, Hus was the perfect embodiment of the evangelical views of the Czech university elite, however, in addition to him, there were other important figures, including German-speaking masters, representatives of the church hierarchy and pious laymen. Although they shared nostalgia for the time of the apostles, their views of God, sacraments and church differed. Their dialogue forms the backbone of this book, which reveals the religious roots of Central Europe through an exposition focusing on the meetings and clashes between the Archbishop, university masters and the believers.
Olivier Marin, a graduate of École Normale Supérieure in Paris, is an associate professor at the Université Paris-Nord and in the Saint-Sulpice Seminary.