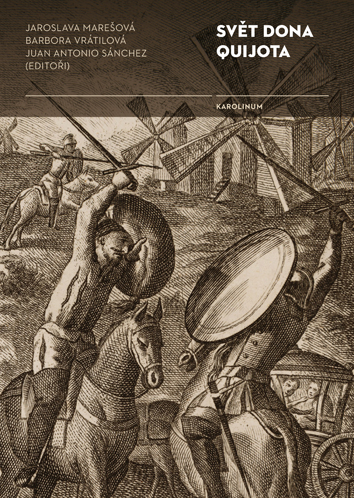 [The world of Don Quixote]

The world of Don Quixote is a monograph aiming to present essential problems surrounding the interpretation of Cervantes’ famous novel, issued in two volumes in 1605 and 1615, respectively. Nine scholars contributing to this book studied literature which affected Cervantes as well as interpretations of leading world scholars, which resulted in a publication offering a broad scale of views of Cervantes’ novel as well as many references to recent scholarly papers. The book is not and cannot be absolutely exhaustive as it naturally cannot cover all issues and possible interpretations. The themes analyzed have been frequently addressed by scholars in discussions and papers.
The texts expand on the meaning of Quixote’s madness, the concepts of freedom and love in the novel, its narrative structure, perspectivism and so on. Special attention is paid to the intertextual play between Don Quixote and chivalric, picaresque and pastoral novels, Italian burlesque literature as well as the historical and philosophical context of the work. The second part focuses on the most significant selected episode. The monograph thus addresses general as well as specific questions, offering enriching and informative insights into this unique work by Cervantes.