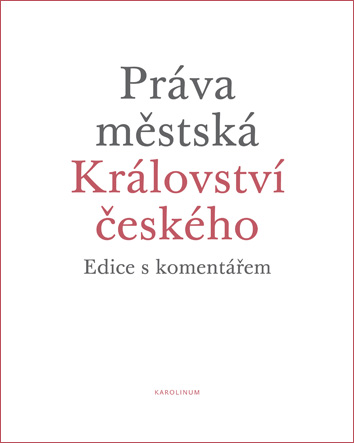 This book presents a modern critical edition of the Kingdom of Bohemia’s town laws written by Kristian of Koldin in 1579; the codification of the town laws builds on prior legal development, but at the same time represents its qualitative transformation and an actual change of the Czech legal system. The nature of this legal code was unique in Europe, both as to its content and linguistic aspects, and apart from the land system, it was one of the most significant legal regulations valid in Bohemia, Moravia and Silesia up until the Enlightenment reforms in the second half of the 18th century and some of passages were in force until the passing of the Austrian General Civil Code in 1811. The introductory chapter as well as the commentaries structured according to the legal branches facilitate understanding both its content and role in the transformation of Czech legal culture in the 16th-18th centuries.