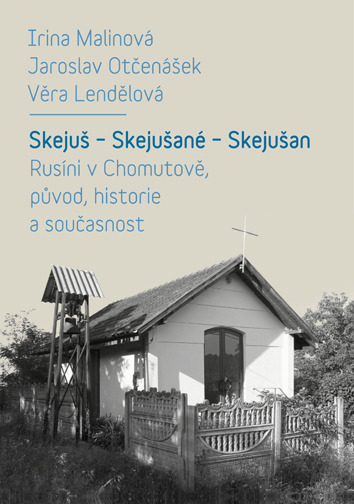 Russinians in Chomutov, Their Origin, History and Current State addresses the theme on several levels. The scholars first expand on the still very topical problem of understanding the Russines as an ethnic group. They present a scholarly view of Russines in the light of the current theory of ethnicity, supplemented with a linguistic perspective, and a current view of Russines in Czechia, Slovakia, Ukraine and in Europe in general. They also focus on the origin and development of the Russinian settlement in Banat (village of Skejus) and the characteristics of their traditional way of life up to the period after the Second World War when most of the inhabitants of Skejus decided to relocate to Czechoslovakia, which resulted in a small Russinian minority in Chomutov. The book also focuses on the folklore activities of Chomutov’s Russinians, and particularly on their Skejusan Band. The book includes many black-and-white and color photographs, maps, a short Russinian-Czech glossary and a CD with recordings of interviews with Russinians and their traditional songs.