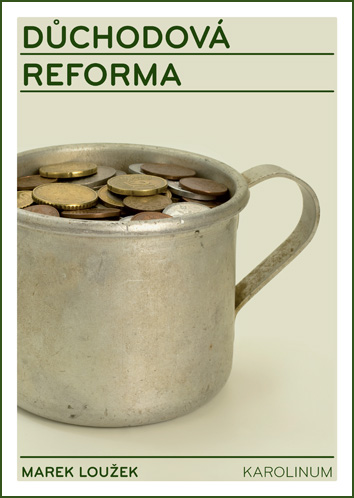 Should financial security in old age be a private matter or is it in the public interest? Is a long-term, continuous pension system more advantageous than a system based on funds? Should saving in pension funds be voluntary or mandatory? Will the Czech pension system stand the test of international comparison? Is the Czech pension reform, as launched in 2010, the correct path? Is the population’s ageing a tragedy or an opportunity?
These are some of the fundamental questions raised by the presented monograph entitled Pension Reform. The book consists of four chapters; the first outlines the economic laws of the pension system, the second analyzes the pension reform by comparing it to pension systems used in five European countries. The third chapter examines the pension reform in the Czech Republic after 2010, while the fourth chapter addresses the issue of whether the population’s ageing is a tragedy or an opportunity.