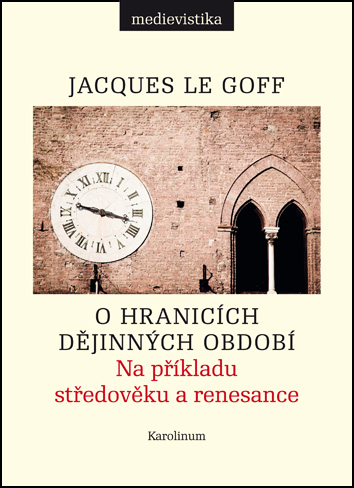 [The Boundaries between Historical Periods]

In this last text he prepared for publication, world famous medievalist Jacques Le Goff (1924–2014) focuses on methodological principles of historical work, centring particularly on the boundary between the Middle Ages and the Renaissance. The treatise addresses the following issues: What role should the self-evaluation of Renaissance figures be in the modern view of the epoch in which they are delimited? What is the origin of historical periodization in general and what form did this tool acquire with the establishment of history as an academic discipline? What is the origin of the currently popular image of the Middle Ages as "the dark age”? How should the historian’s task be viewed today when many prominent scholars reject the necessity of global periodization? Le Goff defends the concept of the "long Middle Ages,” encompassing the period from the 3rd to the 18th century, associated with the cultural dominance of Latin and (unified or disjointed) Christianity, as well as the structure of society, its means of production, methods of alimentation, the role of transport and other features, and supports the importance of periodization as a tool for orientation and search for a historical meaning in the contemporary globalized and polycentric world as well.