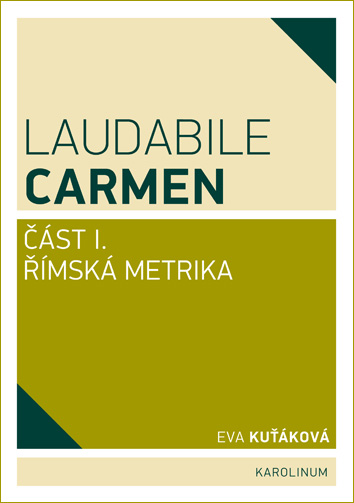 This monograph was conceived as an aid for university students, teachers and other people seeking information about Roman metrics. The first part presents the main prosodic principles, while the second covers all of the important verse and stanzaic forms. All of the presented principles and forms of verse are accompanied by numerous examples, in textual and metric (graphical) forms.
As both scholars and university curricula currently focus not only on the works of the classical period but also on those created in marginal periods, the verse forms are accompanied by examples illustrating the phenomenon over the widest possible time span. This should facilitate a more comprehensive idea about the poetic production of Roman poetry and about formal developments of the forms.