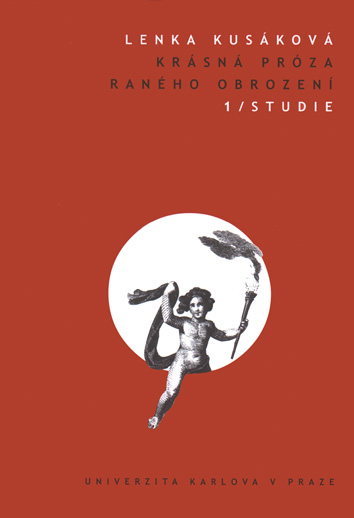 [Fiction in the Early Stages of the National Revival 1. Essays.]

Lenka Kusáková presents fiction in the early stages of the National Revival movement based on texts published in magazines, almanacs and newspaper supplements between 1786–1830. The first volume describes fiction genres of that period and uncovers the links between the emerging modern Czech literary production, and the contemporary educational literature typical of the Enlightenment and the sentimental stream in European literature. The second volume is an extensive anthology of selected texts. The book includes explanations, notes, a list of periodicals and an index.